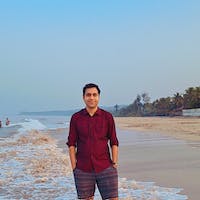 Mailchimp was recently acquired for $12B by intuit. But the interesting thing, most people don't know is - Mailchimp is a bootstrapped SAAS company.

Most people are not aware that there are 2 types of startups based on how money flows through them.

VC Funded : In this case, the founder takes funding from venture capitalists in exchange for some percentage equity and uses that funding to bake the pie.

Bootstrapped: They are also called "customer funded" startups. But in this case, the founder invests his own money to start and then uses money earned from customers to fuel the growth further.

VC funded startups are generally very popular. However, recently many bootstrapped startups also have grown to > $1B valuation.

But where the money comes from is not the only difference between them.

Money is such a fundamental resource that changing its flow through a startup kind of changes how the startup operates much like a river changing a landscape.

VC funded startups approach execution with building an initial minimal product followed by demos and launches. They use the time to build a sticky product before starting to charge customers. However, bootstrapped startups focus on earning money right away. In many cases, they won't even build a product. They build some small tool/script that solves the customer's problem to great extent and start charging for it. Then slowly grow into a mature product.

Right from the start, VC funded startups use capital to hire more people and build a solid team. But founders of bootstrapped startups tend to do a lot of things by themselves. Only after growing revenue to a reasonable number, they hire full time.

Since there are many external investors with money at stake, founders of VC funded startups go through a lot of pressure to push hard on growth and increase their valuation. Founders of bootstrapped startups often are individuals and companies stay private for a long time. So it's hard to know their valuations. But there is a growing trend to "build in public" and many founders share their numbers openly.

And ultimately, both models does not guarantee success for any kind of startup 😄